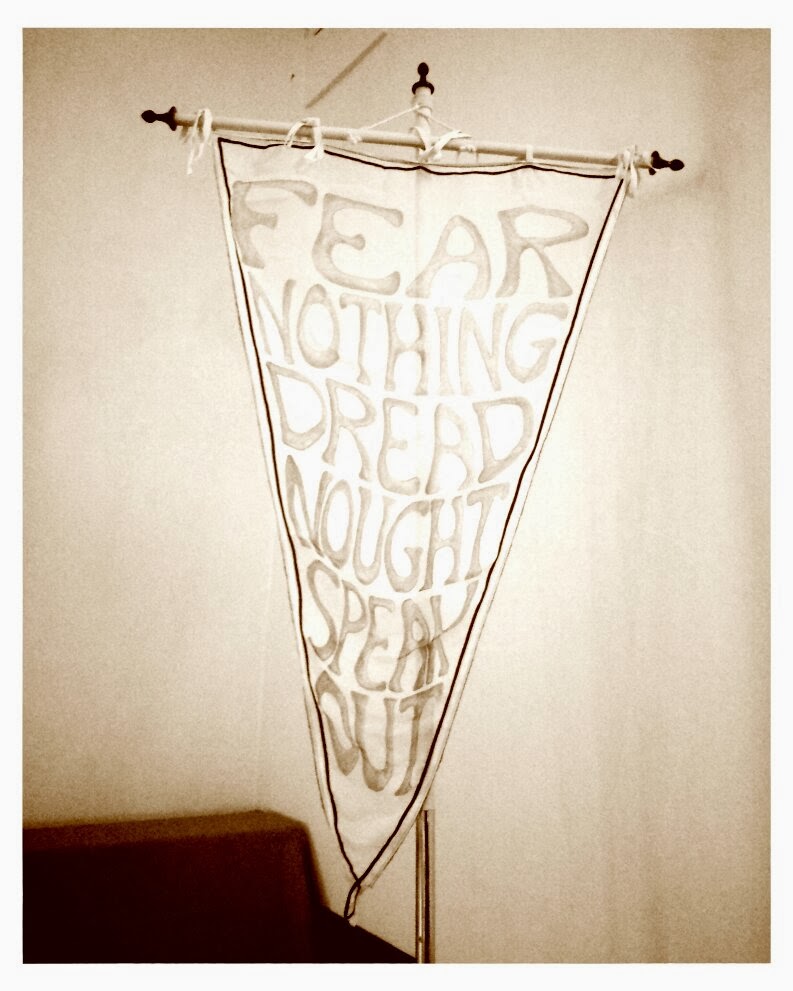 Founded in 2012, Dreadnought South West is an organisation that connects individuals and communities – through the telling and keeping of great and courageous stories about women that have lain undiscovered and often untold.

Our Purpose is to advance the education of the public, and in particular but not exclusively women and girls, in the role of women in society from both an historical and modern day perspective, in particular by using the medium of the arts.

We do this by working collaboratively with artists, historians, singers, songwriters, writers, actors, designers, journalists, producers, directors, dancers, choreographers, administrators, curators, facilitators and more. Our partners and supporters include arts based and non-arts based organisations, groups and individuals.

Our first major project in 2013 celebrated and marked the centenary of The Great 1913 Women’s Suffrage Pilgrimage and asked, ‘What is important to women today’?  We toured a new play, ‘Oxygen’, performing at over 20 of the original stopping places along the South West route of the original Pilgrimage between Land’s End, Cornwall and Hyde Park, London (Previous Projects >).

This project reached 6,500 people across the South West Region and beyond with individuals and communities leading on how they made responses to the story of women walking along the pilgrimage way in 1913.  There were approximately 45 attached way marker projects in order to achieve this.  From an exhibition of original photographs from the pilgrimage donated by the Fox family in Cornwall, at Penlee House, to Daleks being yarn bombed in Corsham to mark the path the women took in the town, to a Speakers Corner event in Teignmouth.

Dreadnought South West (DSW) is a charitably incorporated organization with a Board of Trustees.

Josie Sutcliffe has over thirty years experience of working in the arts, the cultural sector and in Higher Education as Head of Theatre at Dartington College of Arts.

As a director, performer and lecturer, Josie’s theatre career has taken her to Poland, the Czech Republic, Slovakia, Bulgaria, Berlin and the USA. In the UK she has worked with some of the largest theatre houses including; Theatre Clwyd, Derby Playhouse, Chichester Festival Theatre, Theatre Royal, Stratford East and Plymouth Theatre Royal.

In 2013 Josie was Lead Artist for the inaugural Dreadnought South West project, celebrating the Great Suffrage Pilgrimage of 1913.  She directed the play ‘Oxygen’, which toured to venues in the SW region and finally in London.

Currently Josie is Co-Artistic Director of Rebellious Sounds, the latest arts & heritage project from Dreadnought South West and is also Director of ‘The Orchard’.

She is presenter of the Culture & Review programme on Phonic FM and is a trustee and volunteers for Devon Rape Crisis.

Natalie McGrath is a playwright and Co-Director of Dreadnought South West. She wrote Oxygen for Dreadnought’s centenary celebrations of the Great 1913 Women’s Suffrage Pilgrimage. Oxygen toured from Land’s End to London in 2013, starting at St.Just Town Hall, and finishing at the Orange Tree, Richmond.  She is now writing and collaborating on The Orchard for Dreadnought South West to tour from Spring 2017.

Coasting for Bristol Old Vic, Rift for Brewhouse theatre Taunton, Scottish Kiss for Paines Plough’s Come to Where I’m From at Bristol Old Vic, Wild Doves for Bristol Old Vic, Exodus for Box of Tricks NWxSW tour, Oxygen for Dreadnought South West – South West tour including Theatre Royal, Plymouth & The Orange, Richmond Tree.  The Peace is in development about the Good Friday Agreement.  Blessed was long listed for the 2015 Bruntwood Prize, developed at Hall for Cornwall and Exeter Northcott.  The Cause touring 2018.  Electric Spaces for In Other Words – new LGBT plays at Barbican Theatre Plymouth & Bikeshed Theatre, Exeter. Spey for Tangle Theatre. Rehearsed readings of Natalie's work have taken place at Soho Theatre and Theatre 503.    Metal Remains for Theatre West, Bristol was shortlisted for the Meyer Whitworth Prize at the National Theatre.  Collaborator on This City’s Centre for Blind Ditch.  Etch for Exim Dance.  Project lead and writer for We’ll Meet In Moscow, a response to the banning of Gay Pride in Moscow 2012.  Being Human Festival 2017 collaboration with Dr Jana Funke (University of Exeter) on the work of Radclyffe Hall.  Current; The Cause to tour the South West from April until December 2018 for Dreadnought South West.

Carmen Talbot is the Archive Coordinator for Dreadnought South West’s Heritage Lottery Funded Rebellious Sounds Archive project. Carmen will be gathering oral histories of women’s activism from the South West and exhibiting them via a touring listening booth that will be travelling across the region in 2018 – 2019. After graduating with an MA in Heritage Management from the University of Kent/Athens University of Economics and Business (double award) in 2014, Carmen became an independent heritage consultant. Carmen worked as Assistant Curator for the South West Police Heritage Trust between 2014 and 2017, overseeing the transition of the archive and collection into an independent charity and managing documentation and outreach. Carmen pairs heritage management skills with digital and communications experience, having worked as Communications Officer for the Heritage Management Organization and Communications Administrator for the South Western Federation of Museums and Art Galleries (SWFed).

right there . http://www.photos-celebrites.net/ . find out more