In 2016 Natalie was invited to collaborate with academic from the University of Exeter, Dr Jana Funke, to respond to her research on the writer Radclyffe Hall.  Jana had recently published her book ‘The World’ and other unpublished works of Radclyffe Hall.  Here, for the very first time were published copies of Hall’s work that had never been seen or available before.

The intention was to share the work as part of the national Humanities Festival Being Human www.beinghumanfestival.org.  So Natalie was tasked with making a creative response to the short stories that Jana had carefully found and translated from hand written text to print, and then to work with a director/dramaturg, (Josie Sutcliffe) and a performer, (Emily Souter-Johnson).  As a team we then presented the creative work in an evening of sharing with the wider public, Jana shared her research, and we had a dialogue with the audience about books that had influenced them.

The event was called: ‘Dangerous’ Influences:  In the archive with Radcyffe Hall.  We were part of Exeter Universities Hub , Voices from the Edge.  It took place on Monday 21st November 2016, at Exeter Phoenix.  We had a great crowd so thanks to everyone who ventured out to find out more about Radclyffe Hall.

Here is the copy from the Being Human Festival Brochure 2016:

What influences our sexuality?  Can literature be a ‘dangerous’ influence?  In 1928, Radclyffe Hall’s lesbian novel The Well of Loneliness was banned as ‘obscene’ and described as a ‘danger’ to youth.  This event will feature a short performance written by playwright Natalie McGrath that draws on University of Exeter Lecturer Dr Jana Funke’s work on this writer.  Join us for an interactive event that will offer a unique opportunity to explore and debate topical questions about sexuality, literary history, identity and community. 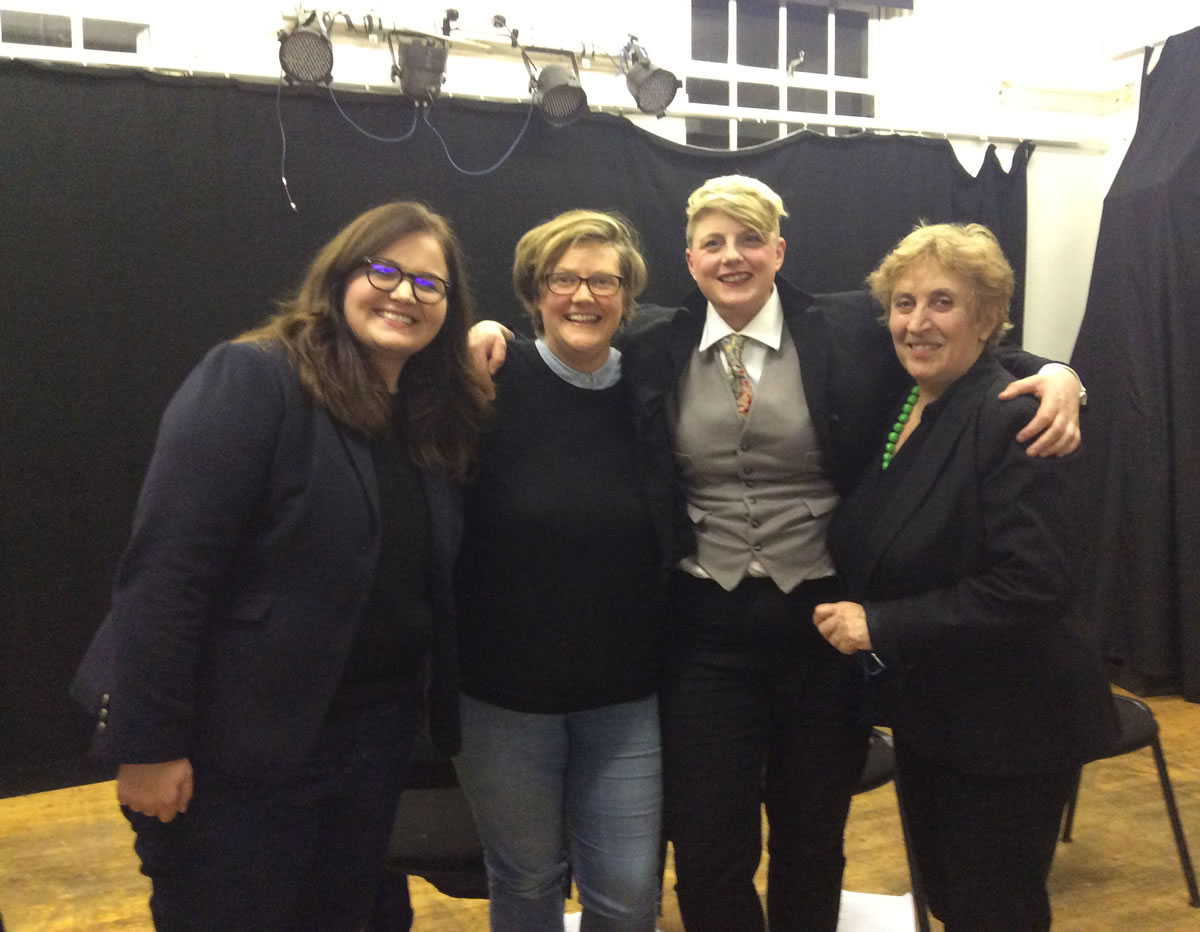