We made a return to Bodmin and Shire Hall, where we performed Oxygen back in 2013.  It was a relatively small audience, but the reading had an intensity and electricity to it that was unexpected, in the green carpeted, strip lit space that we were in.  The way the audience listened in was believed to be very central to the way the work was performed.  It was a real focusing in on the text and a sense of how the writing allowed us to feel that they were in an orchard as the play developed.

With another rich post-reading discussion happening and some challenging thoughts throughout this we had a great time in Bodmin, again with support from Becca and Sally who generously gave their time to allow us to focus on the work itself.

Great also to have the ongoing support of WRSAC, and to meeting one of Cornwall’s radio presenters Sheila Van Loo for the first time, after she recorded an interview with Natalie the week before to promote us being in Bodmin.

Natalie also went to Bodmin Library and was warmly welcomed and treated by the wonderful staff as she held the next roadshow stall in a library. 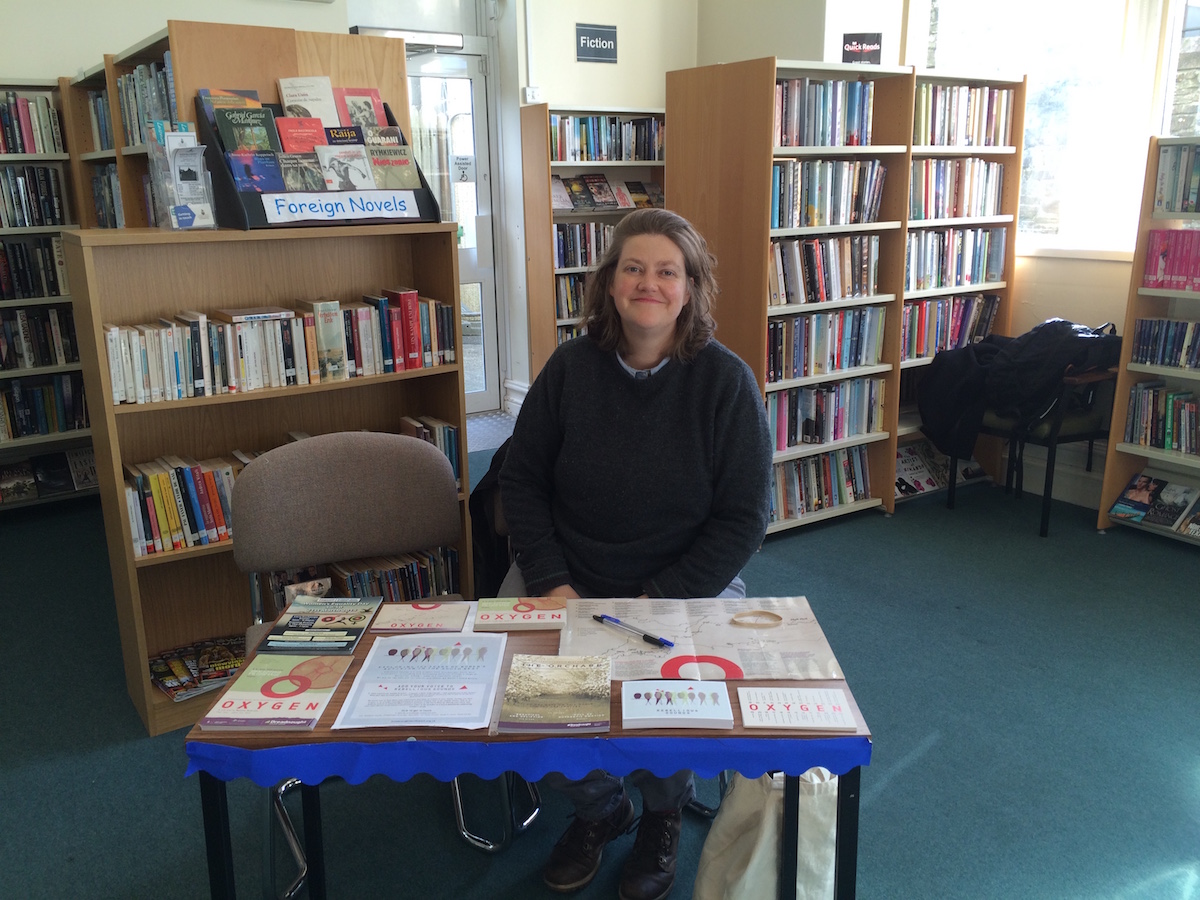