Nicci Wonnacott and I (Catherine Cartwright) worked together on a series of workshops with women and girls in Exeter, Teignmouth and Bodmin. We have worked together on many womens’ art projects since 2009. Inspired by ‘The Orchard’ we wanted to create a space where women could talk about politics – the state of womens’ rights today, and come up with their own directives – each an active wish to put out into the world. Inspired by Nicci’s past art action in New York ‘Purifying America’ in which she made some ancient karigurashi wands inspired by Shinto priestess's on which were written directives; we encouraged the women to write their directives onto fabric flag-shapes to create their own. Significantly we took these wands outside; in Teignmouth we went by the quay, in Exeter we were in RAMMs outside performance space , and in Bodmin we were in the gardens of their community centre. Together in public space, the wands were held up and the words on fabric swayed in the breeze: released. A rebellious Sound. 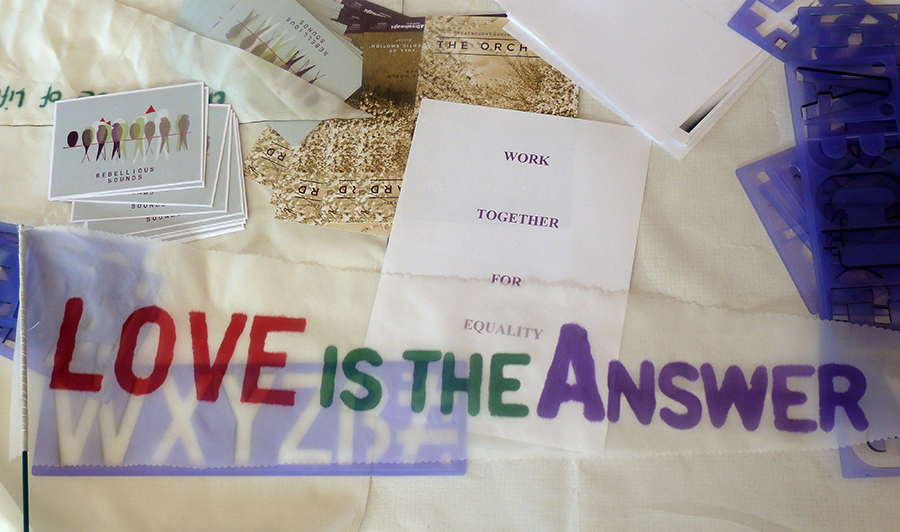