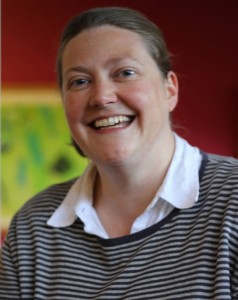 Natalie is currently working on 'Oxygen'; for Dreadnought South West, Summer tour 2013.  She is also Joint Project Director for DSW.  Most recently she wrote 'Exodus' for Box of Tricks Theatre Company's Word:Play/NWxSW tour 2013 www.boxoftrickstheatre.co.uk .  Natalie is a collaborator with Blind Ditch ; for 'This City's Centre', in Exeter, 2013 www.blindditch.org .  ‘Rift’; was produced at the Brewhouse Theatre & Arts Centre, Taunton in 2012, awarded the Inspire mark, as part of the Cultural Olympiad.  ‘Coasting’ was developed through Bristol Ferment and produced in the studio as a Bristol Old Vic www.bristololdvic.org.uk production, 2011.  'Wild Doves', was produced at Bristol Old Vic as part of their Short Fuses season, 2010.  'Scottish Kiss', Paines Plough's www.painesplough.com  Come To Where I'm From, 2010.  ‘Metal Remains’, was produced by Theatre West at the Alma Tavern, Bristol in 2008 and shortlisted for the 2009 Meyer Whitworth Award. Natalie is a fellow of the Hypatia Trust and an Associate Lecturer in Theatre & Performance at Plymouth University.

On Coasting: ‘There’s no mistaking the distinctive timbre of McGrath’s voice’ – The Guardian

‘McGrath is a playwright of promise’ – The Times