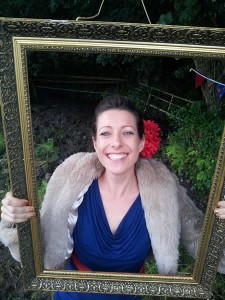 I have this quote on a mirror which I look at daily – for me it rings so true, and inspires both my work as an artist and my life choices on a daily basis.

I trained for 3 years in acting at The Royal Welsh College of Music and Drama and after working professionally for 10 years in many plays, films, radio and television I travelled to Costa Rica to work as an artist in residence for the charity Raleigh International working on water projects and community infrastructure projects in developing villages.
After weeks of community meetings in a small village in the North of Nicaragua where the village all said they didn't 'do' art, my happiest moment was seeing a local Policeman sitting next to a little girl who was sitting next to a village leader who was sitting next to an aunt who was sitting next to her son and they were all painting and laughing together – they then went on to paint their local community centre/new school which we were building, and at the opening party there was a strong sense that they all owned this new building, the bond of this community was tangible.

I strive for equality in all of my life and this influences the work I do. A world where every person is equal and has access to equal opportunities is also something that influences many of my acting choices.

I am currently rehearsing for a production called The Trench – This theatrical experience will simulate life in the trenches using an area of ‘No Man’s Land’ landscape at Levant Mine, Cornwall.  Audience members will become participants who ‘enlist’ and are given a real identity, taken to the trenches and discover for themselves the realities of life on the Western Front and the build up to going over the top.
Performance dates are from Friday 1st July through to Sunday 10th July 2016 inclusive.

Later in the summer I will be performing in Hastings with Wild Works – On 14 October 1066 the path of English and European history was irrevocably changed. Two cultures collided – Anglo-Saxon and Norman – with a legacy that echoes through to the present day. To mark the 950th Anniversary of the most famous date in English history Hastings Borough Council has commissioned the ROOT 1066 International Festival; a contemporary, multi-art form festival, that will take place in September/October 2016.

Alongside acting, I also work as an arts worker for the charity WILD Young Parents Project. WILD is a specialist service based in Cornwall for young mothers aged 19 years and under and their children, and mothers aged up to 23 with extra needs.

WILD aims to provide young mothers and their children with opportunities to develop their skills, improve self – esteem, make positive choices, protect themselves, participate as equal members of their communities and achieve their potential.

The Rebellious Sounds Project (Dreadnought) and WILD collaborated on a Research and Development pilot project where we explored the young mums messages to the world, and finding their 'voice'. Using our discoveries, I then created a 'scratch' short film.

This scratch concept has since been developed into a 14 minute documentary which I devised, directed and produced on the theme of ‘Labels and Identity’ – we worked with 6 professional artists and a film maker, The film is to be released later this year. It was supported in its production from both WILD and Dreadnought.

I have also recently returned from walking solo for 5 weeks on the pilgrimage of the Camino de Santiago, starting in France and walking across Spain, on which I created a community art project which I will be releasing online later this year. 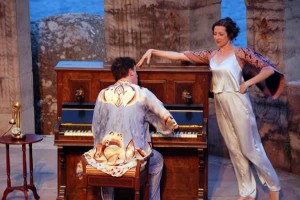 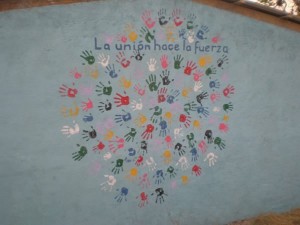