It was a very wet and windy weekend this year in 2017 at Exeter Respect Festival, but we didn’t let it dampen our spirits.  We met a lot of new people and re-connected with many folk we already know.  At one point there must have been at least 10 of us sheltering in the Dreadnought gazebo from the rain!

Thank you to everyone who signed up to our mailing list and to all those who took part in the ‘What would you walk for?’ activity.  It has been fantastic to read these back and think about people’s responses.  It is definitely a question we will be asking in the future as part of our ongoing work.

Thanks to the organisers of Exeter Respect and for all your hard work in making this event possible.  Josie and I would also like to thank our Trustees for supporting us and keeping us company over the weekend.  It was invaluable to us.

We will be there in 2018 with our Rebellious Sounds Archive and hopefully some other creative programming to connect with other female artists. 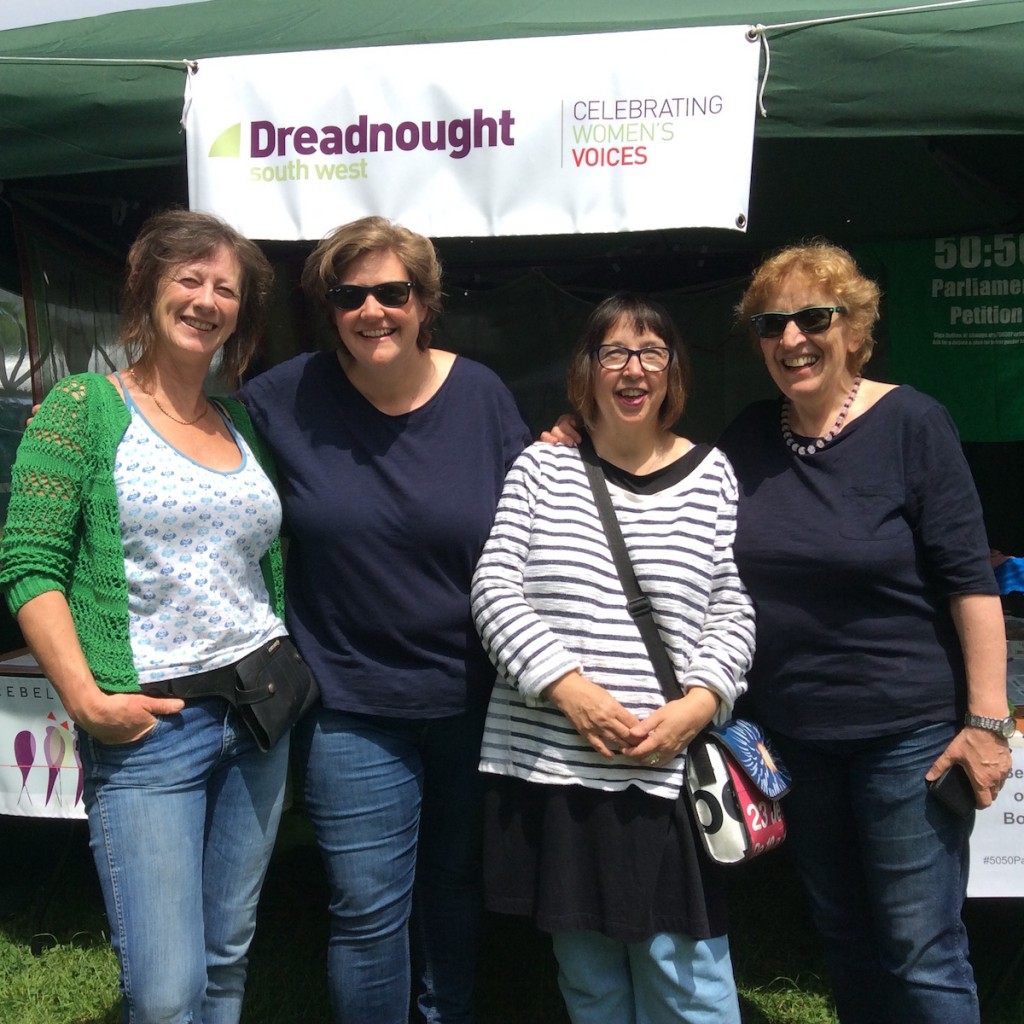 This is our second time having a stall at Exeter Respect Festival in 2016.

It has been a great way to be part of the diversity of Exeter and beyond, and a way of sharing and celebrating this.  Dreadnought has been really excited to be part of this festival.  It has been such a brilliant way of meeting new people and letting them know about the work that we do.  It has also enabled us to find out about the many wonderful organisations, communities, individuals and ventures happening in the city.

We have loved sharing the story of the women who walked on the pilgrimage in 1913 to hundreds of people, thanks to being part of Exeter Respect Festival.  It means a lot to us the be able to continue to share this still, little known piece of glorious women’s history and endeavour here in the South West with as many people as possible.  We never tire of it!

Thanks to everyone who came and spoke to us and to those who shared their stories of activism.  We will be in touch and look forward to meeting you again in the future.

Next year’s festival weekend dates are 3rd & 4th June, 2017.  Put it in the diary now!  Exeter Respect will be 20 years old next year and expect more from Dreadnought and the team at the festival to celebrate this. 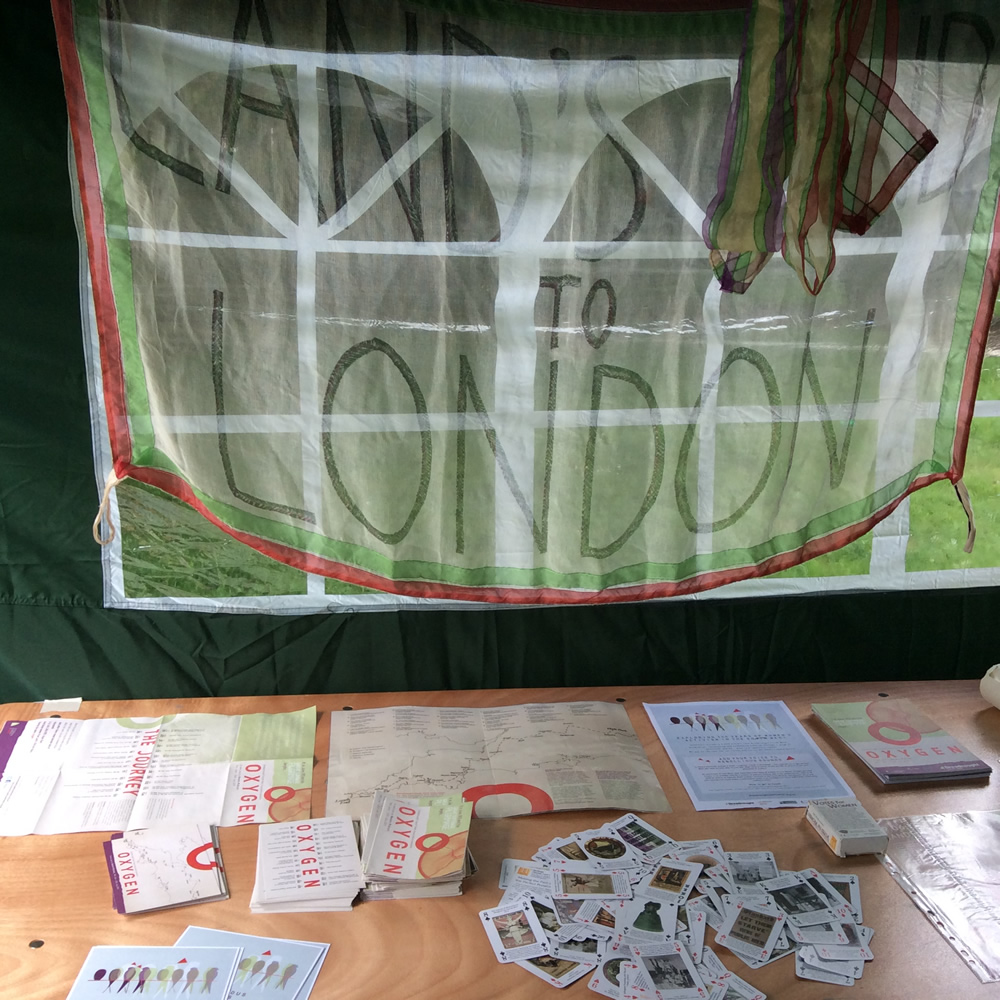