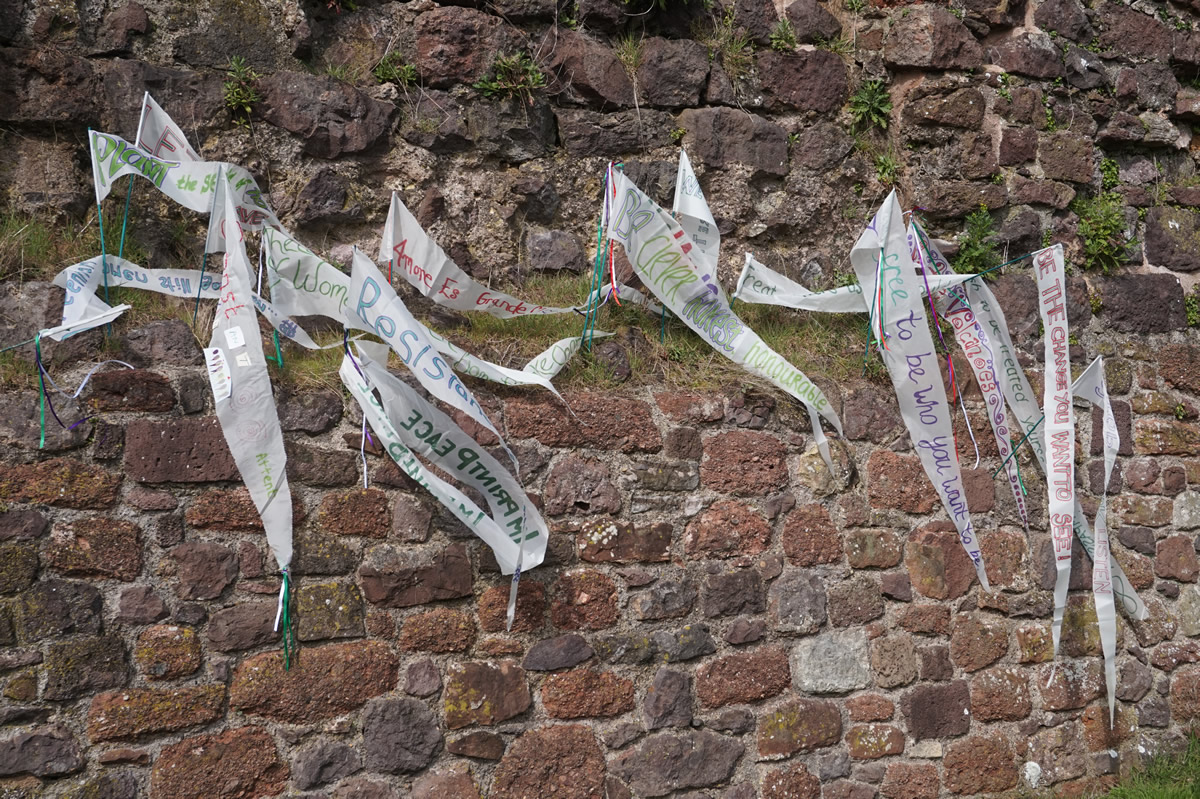 There were 3 performed readings at Exeter Phoenix.  Two in the Black Box Studio and one up in the Dance Studio.  This final one was part of Fawcett Devon and Plymouth’s Women’s Equality Day 50:50 Parliament.  See this link here

We had support from Belinda Dillon taking on the sound cues one night and ensuring there was a twitter feed in response to The Orchard during an audience dialogue.  The play has taken a new shape now and is beginning to find more momentum, but it was the dialogues that ignited in a new way in Exeter.  Here as we are closer to a general election, debates about voting and democracy took place quite ardently amongst the audience.  Should we, or should we not use our right to vote?  Who is listening to young people?

Josie also decided to recast the actors here in Exeter.

So Ruth took on Millicent and Michelle, Emmeline.  A shift in the dynamics for all of us.  They took it on brilliantly.  Perhaps suspecting that something like this might happen at any point in the process.  Professionally as ever they moved into this and onwards to discover more about the script and presenting it to audiences with accuracy and adventure.

Our final audience in Exeter was revealing once again as the focus of the dialogue afterwards was about women being incarcerated, a testimony being given by an activist who had undertaken hunger striking.  It was an incredibly moving moment, really pushing us to think about the content we were presenting in the play itself, and the world we are creating onstage.